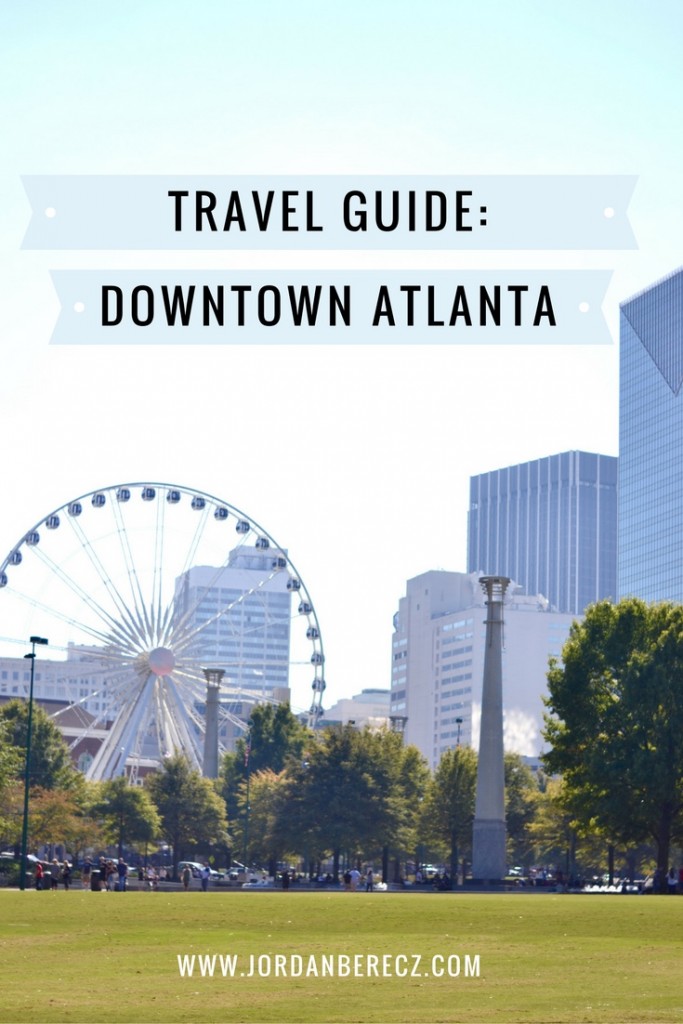 Let me start off by saying I’m so excited to post my first installment of my Atlanta travel guides. I’ve now officially been living in Atlanta for over a year. I love the big city feel with a touch of southern charm while also having amazing hiking trails, mountains, and lakes just a short drive away. Since T and I don’t know how long we will be living here, we try and take advantage of everything the city has to offer. Instead of doing one long Atlanta travel guide, I’ll be dividing the city into geographical sections and will be covering Downtown Atlanta first. I was introduced to Atlanta during my freshman year of college when T took me on his fraternity formal. We stayed in Downtown Atlanta and explored the area the whole weekend. We had such a great time and this part of town holds a special spot in my heart. Since we’ve lived here we’ve discovered a few must dos and sees in Downtown Atlanta. Without further adieu…

Hotel Indigo Downtown – Hotel Indigo Atlanta Downtown is the best place to stay when visiting Downtown. It was designed by Atlanta architect John Portman and the modern Portman style is incorporated into every detail of the hotel! As you enter the hotel you are greeted with a spiral glass staircase and this modern and chic feel is continued into each element of the guest room and common areas. The best part? The hotel is conveniently located on Peachtree Street, near the Peachtree Center MARTA Station. Atlanta traffic can be rough so this is a huge plus. You can take the Marta all over the city at any time of the day to avoid traffic. The hotel is also minutes away from famous Atlanta attractions like the CNN Center, Philips Arena, Georgia Dome, Georgia World Congress Center, Centennial Olympic Park, the Georgia Aquarium and the World of Coca-Cola. 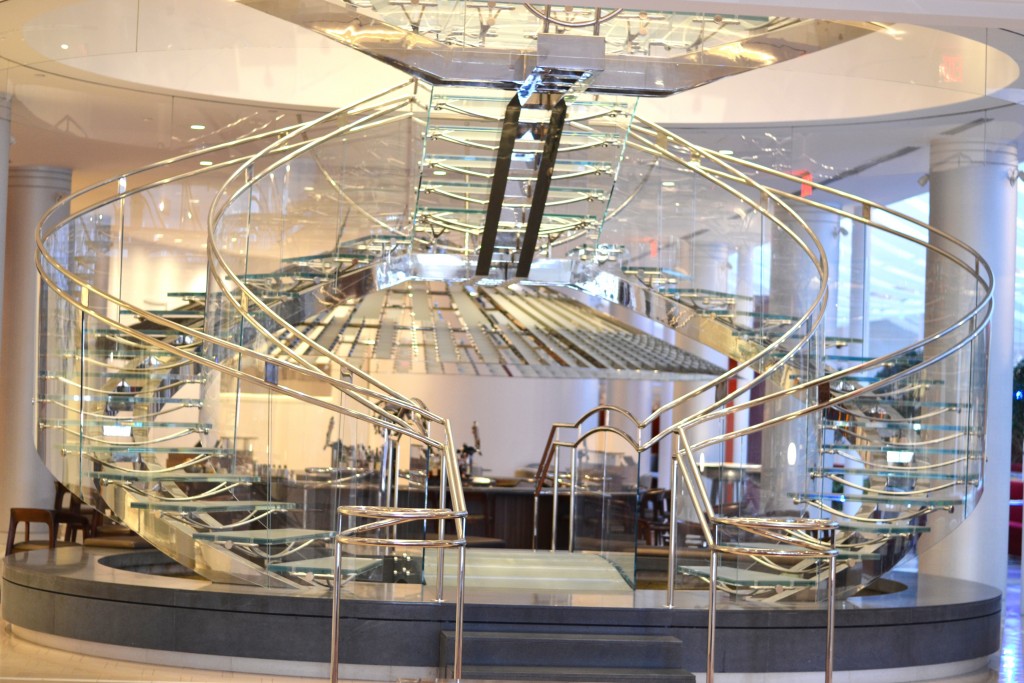 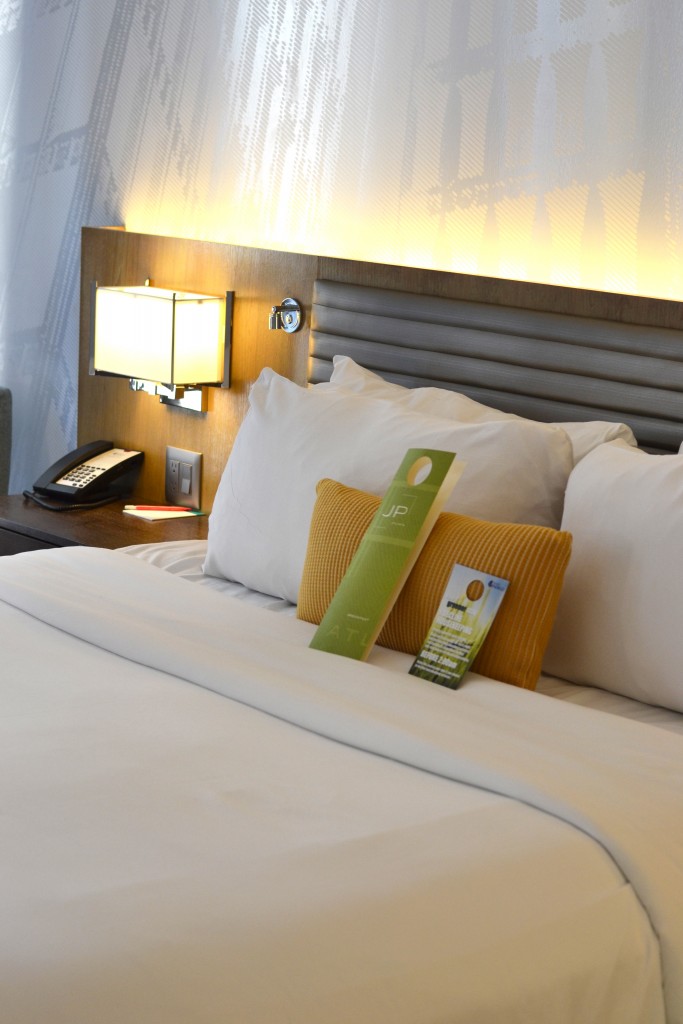 Outside the hotel there is another Portman contribution to Atlanta public art. Belle (pictured below) is an abstract sculpture by Portman, inspired by the female form. It’s beautiful in the pictures, but even more beautiful in person so make sure you check it out! 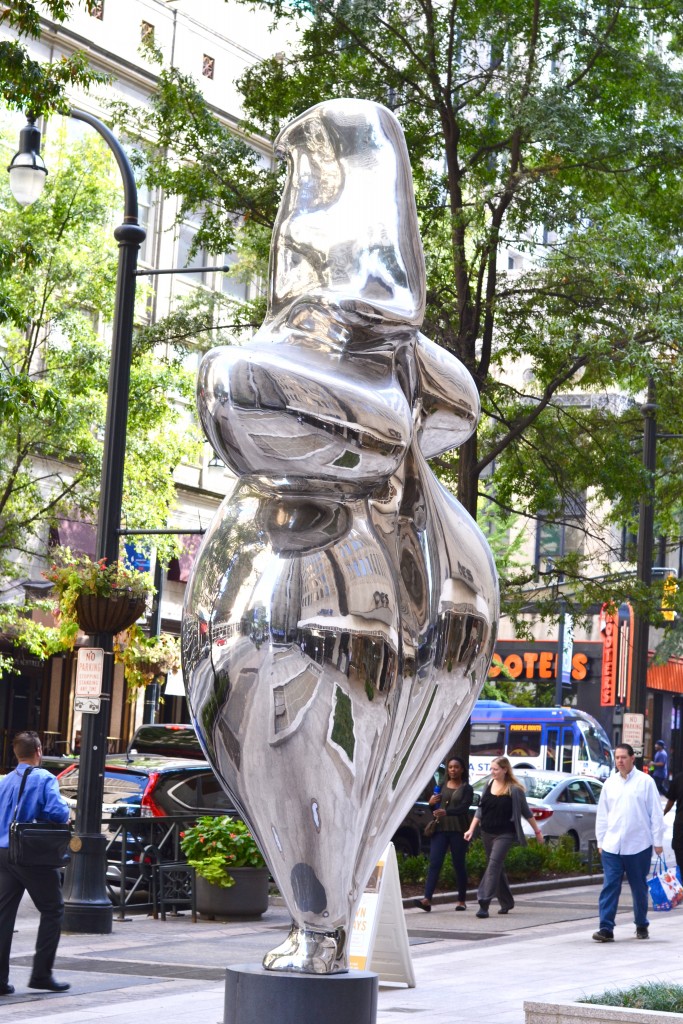 Ria’s Bluebird – This charming breakfast spot serves brunch until 3 pm and has amazing food. So amazing that it usually has a wait (so try and get there early to avoid it) but the food is well worth it. Their pancakes were named “Best Pancakes” by the NY Times and their breakfast potatoes are to die for! 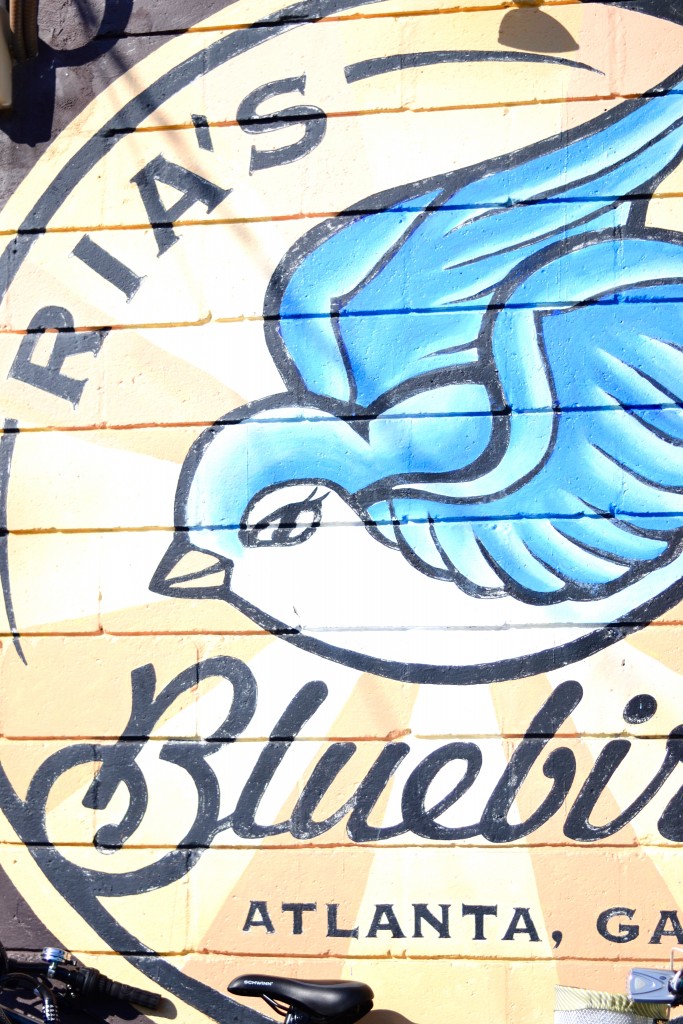 Max’s Coal Oven Pizza – Max’s has the only coal oven pizza oven in the state and it’s simply delicious! I definitely recommend eating outside under the twinkling lights. You can’t beat eating al fresco underneath those lights. Some of my favorites are the caprese salad (it has fried green tomatoes in it – you’re welcome) and the margherita pizza. 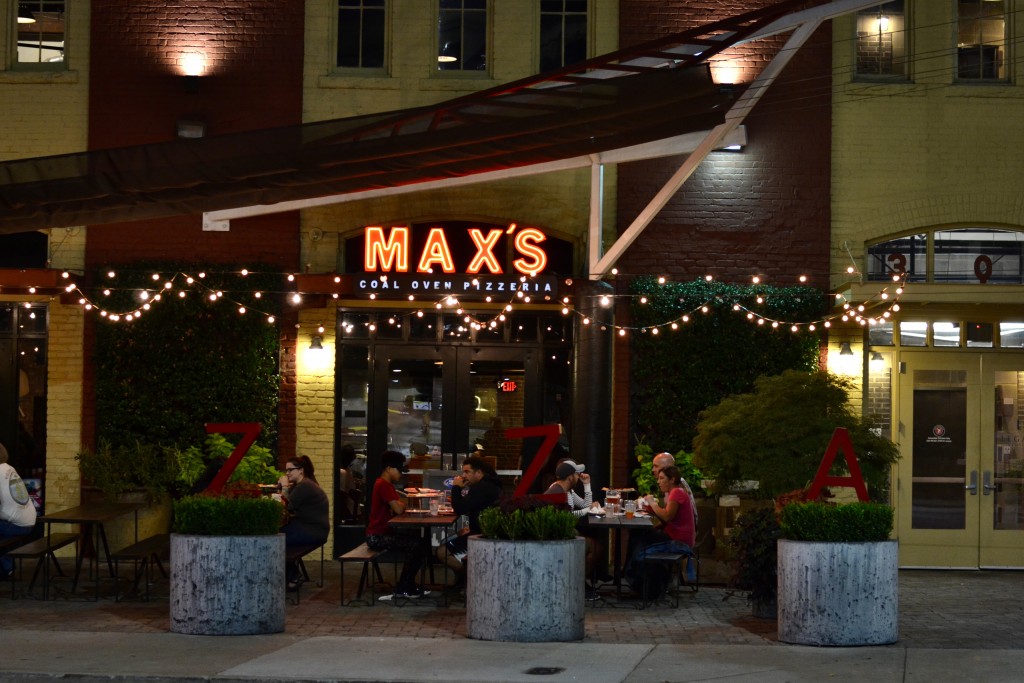 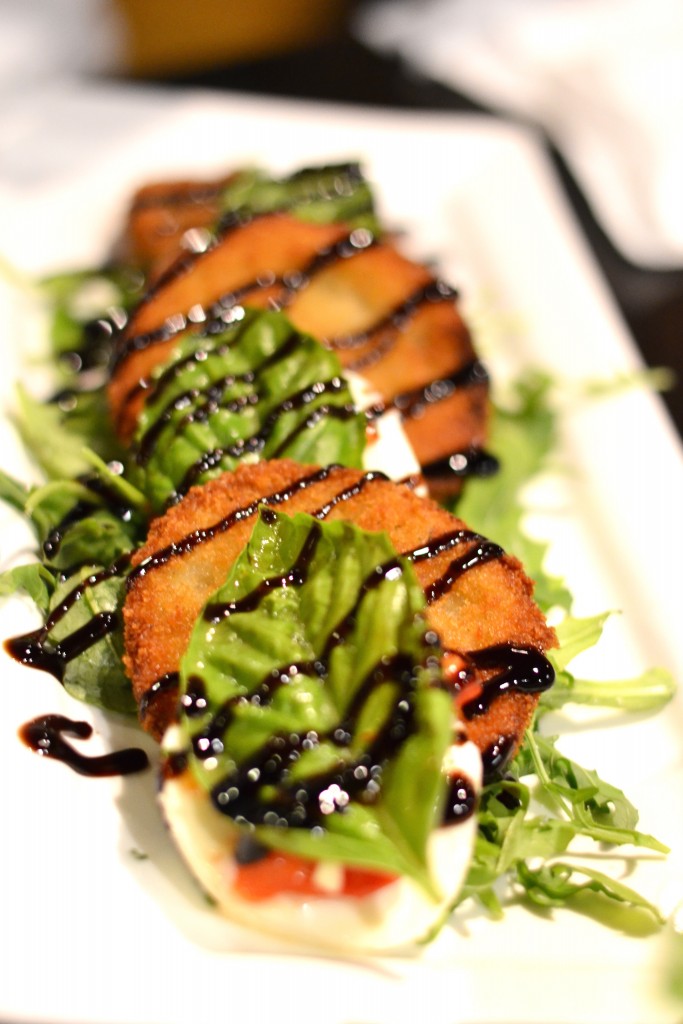 Alma Cocina – Alma Cocina is the best authentic Mexican food in Downtown Atlanta. T and I both love Mexican food so we are always trying new Mexican restaurants and this one is at the top of our list. Alma Cocina is owned by Fifth Group Restaurants (who also own another one of our favorites – South City Kitchen) so you know the food is going to be great.

Georgia Aquarium – Georgia Aquarium is the largest aquarium in the Western Hemisphere and is a must do! It has a large assortment of aquatic life and it’s so big that it usually takes 2-4 hours to get through. The aquarium is located right across the street from the north end of Centennial Olympic Park. As a FYI, it has timed ticketing so I recommend getting your tickets in advance online. 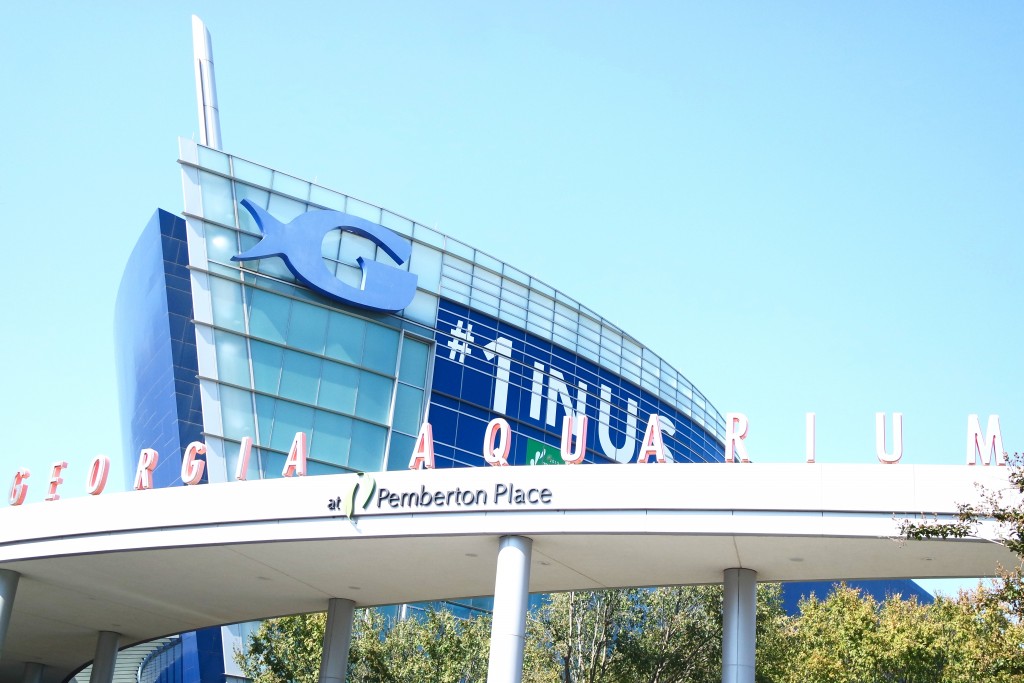 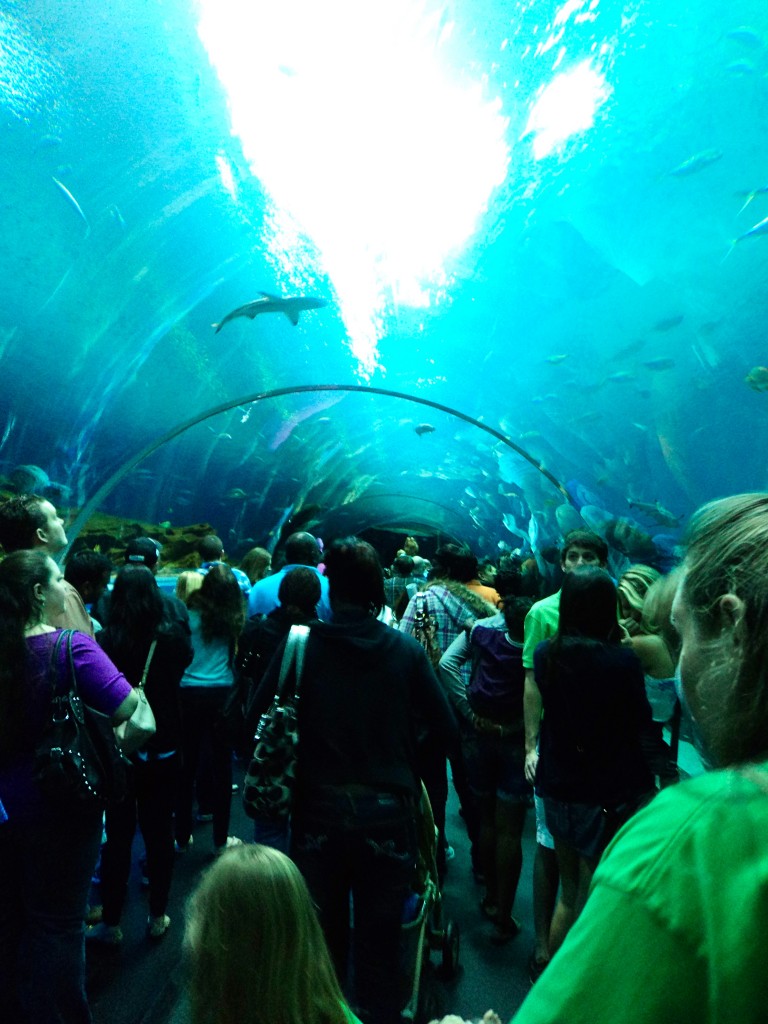 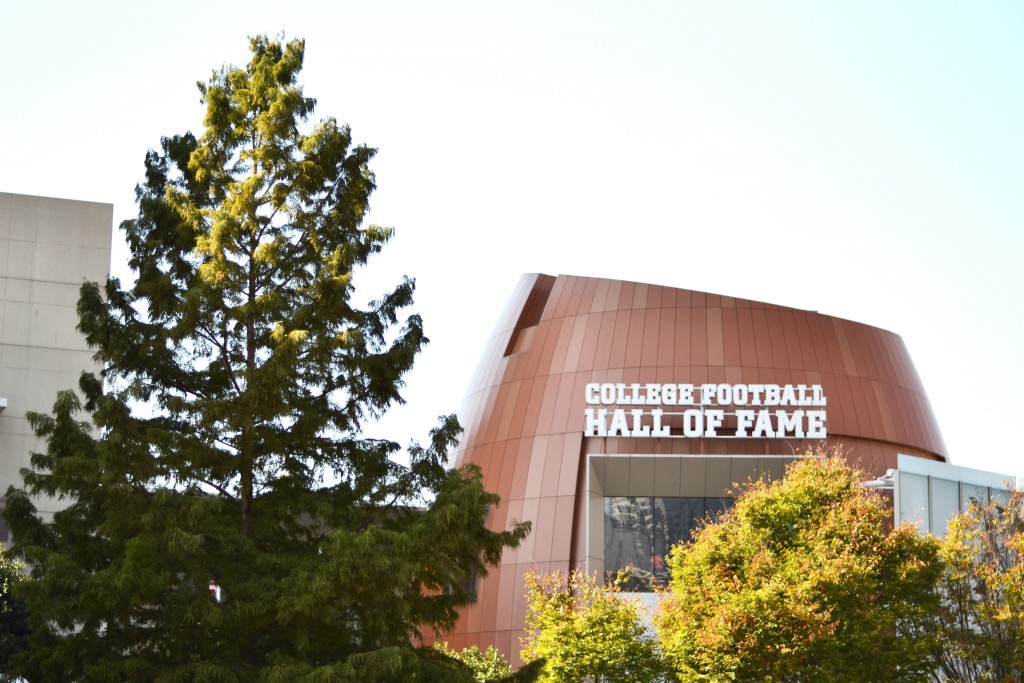 Centennial Olympic Park – This beautiful public park in Downtown Atlanta was built for the Centennial 1996 Summer Olympics and now hosts visitors year round. If you’re looking for some nature, a little bit of history or a place to run/walk/picnic, this is the perfect place to do it! 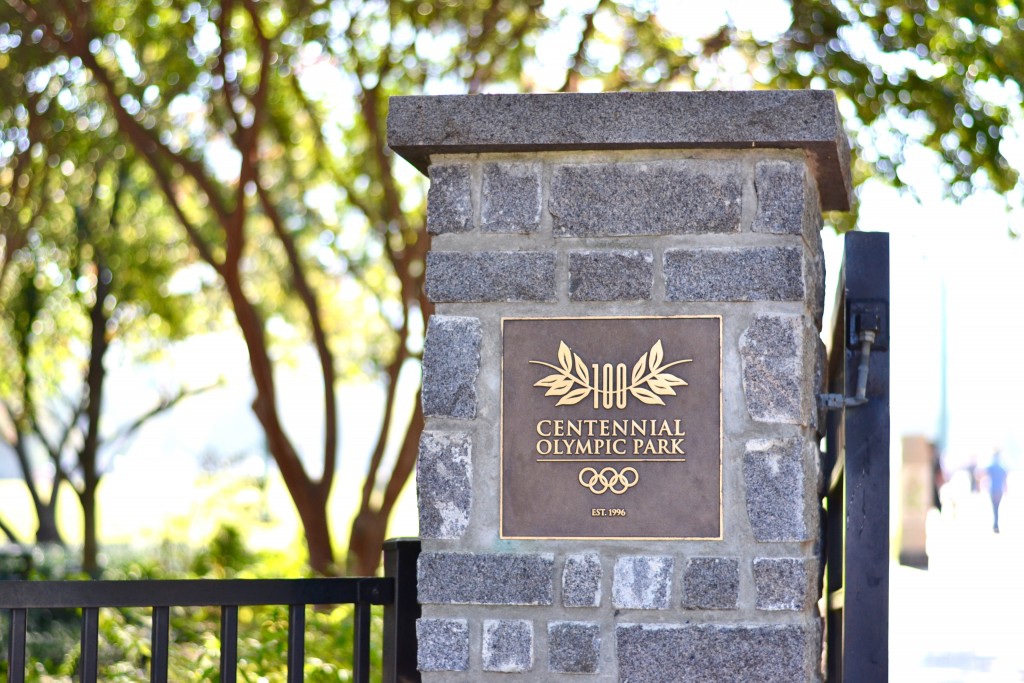 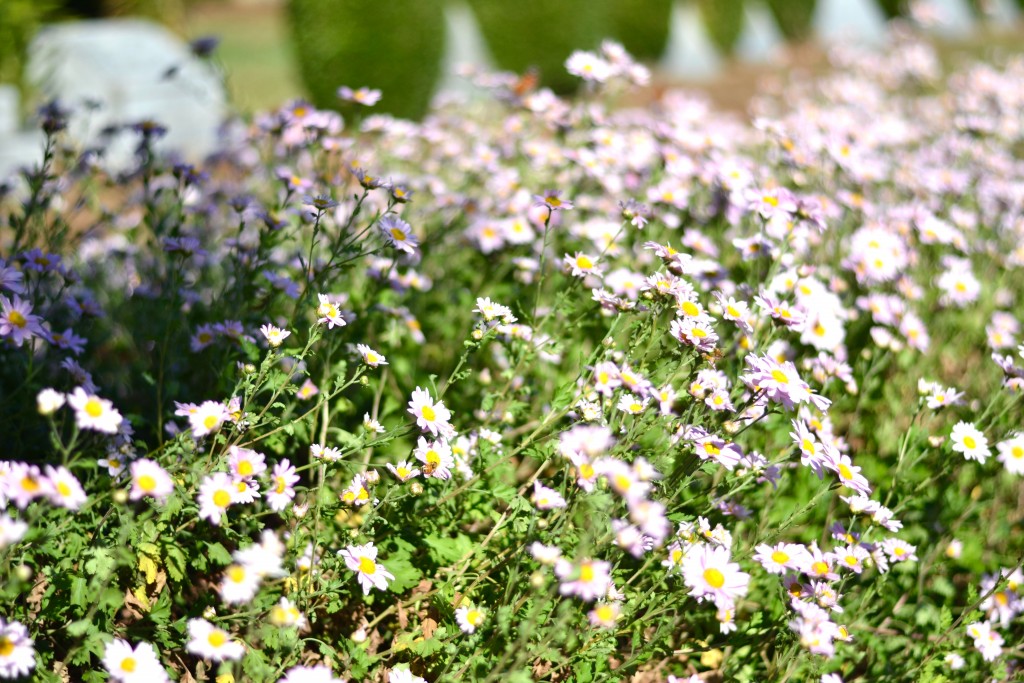 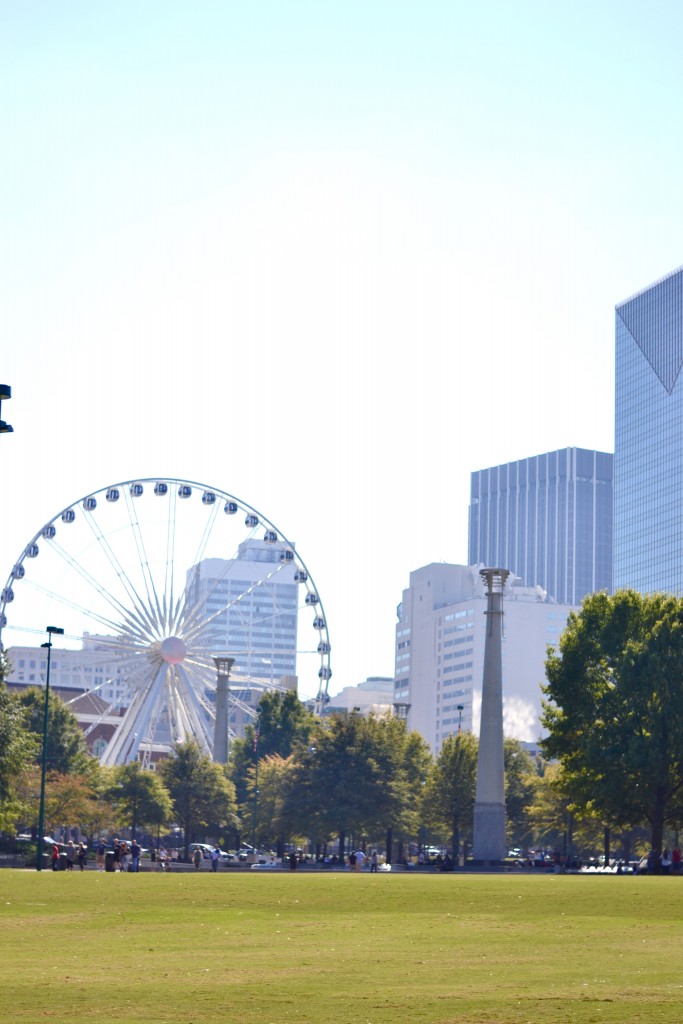 CNN Center – The CNN Center is the world headquarters of CNN. The center is open to the public and offers a variety of tours. The CNN Center is across from Centennial Olympic Park and is walking distance from the other sites I mentioned. For someone who loves television, this was extremely interesting to me and would be a great activity while visiting Downtown Atlanta!

Whether it’s a family vacation, a girl’s weekend, or a couples vacation – there is so much to do and see (and eat) in Downtown Atlanta. And if you are ever here in my neck of the woods, please email me or message me! 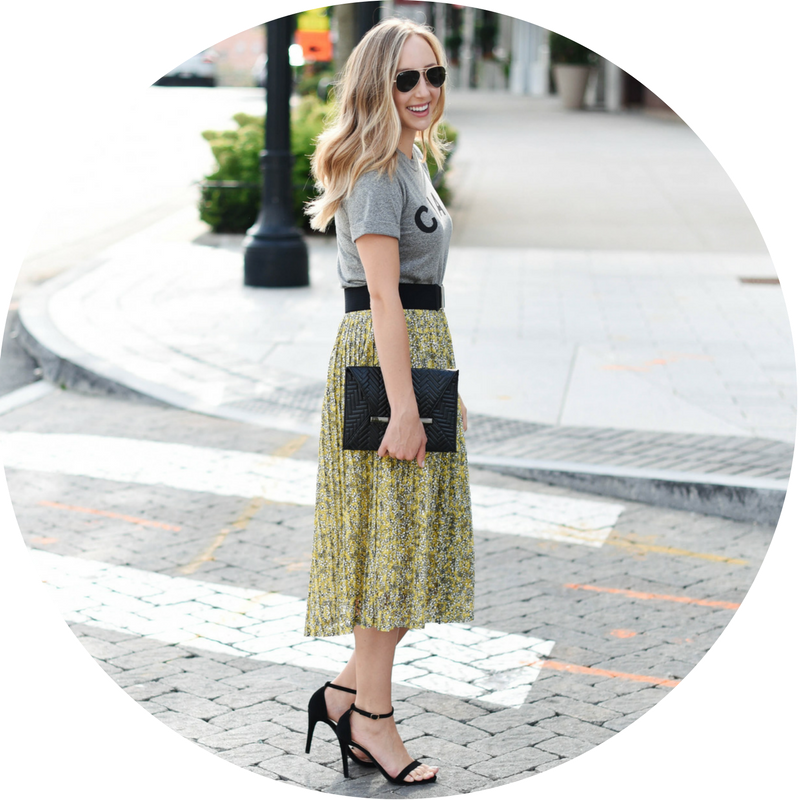 Hi friend! I'm Jordan, a Florida gal living in Atlanta, GA with a love for style, accessories and a great sale. Thanks for stopping by!